Source code from COMP302 course page. Some helper functions are not shown here.

This post is my attempt to understand the beauty and power of streams.

To represent “infinity”, we need to suspend the evaluation or no memory is large enough to hold infinite data. Here, we wrap the stream inside a function, and we “wake up” the stream by applying the function. We can never see the whole stream let alone print it, but we can ask for part of it, as long as this part is finite.

A stream of all ones

Take out 1, we get an infinite stream starting from 2, then 3, then…

Below is a great picture that I found on stackoverflow for the famous one-liner in Haskell: 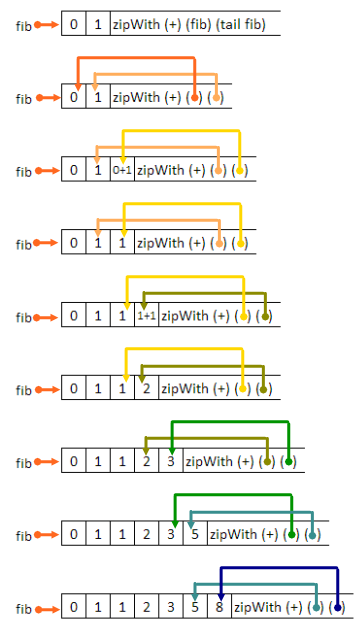